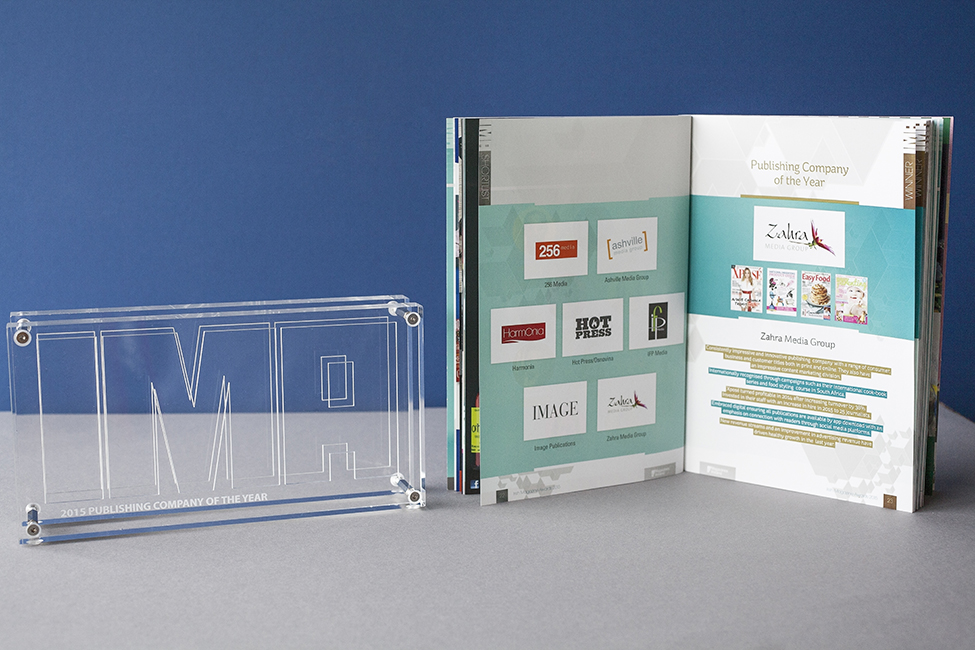 Zahra Media Group was awarded the coveted title of Publishing Company of the Year 2015 at the Irish Magazines Awards, hosted in The Chocolate Factory on King’s Inn Street, Dublin.

The media and content marketing company beat stiff competition to emerge as the overall winner, marking a wonderful end to a very successful year.

The award is the latest in Zahra’s winning streak: the ESB 2014 Annual Report, produced by Zahra, won its category in the Published Accounts Awards and the League of American Communications Professionals’ Gold Award.

Zahra Media Group also celebrated 12 years in business this year in a colourful gathering of friends and colleagues, and launched a new website showcasing their work.

As hosts of the National Parenting Product Awards and the Home-cook Hero Awards, it was great to be on the receiving end of an awards ceremony!