This Old Building: A Tour (Part one) 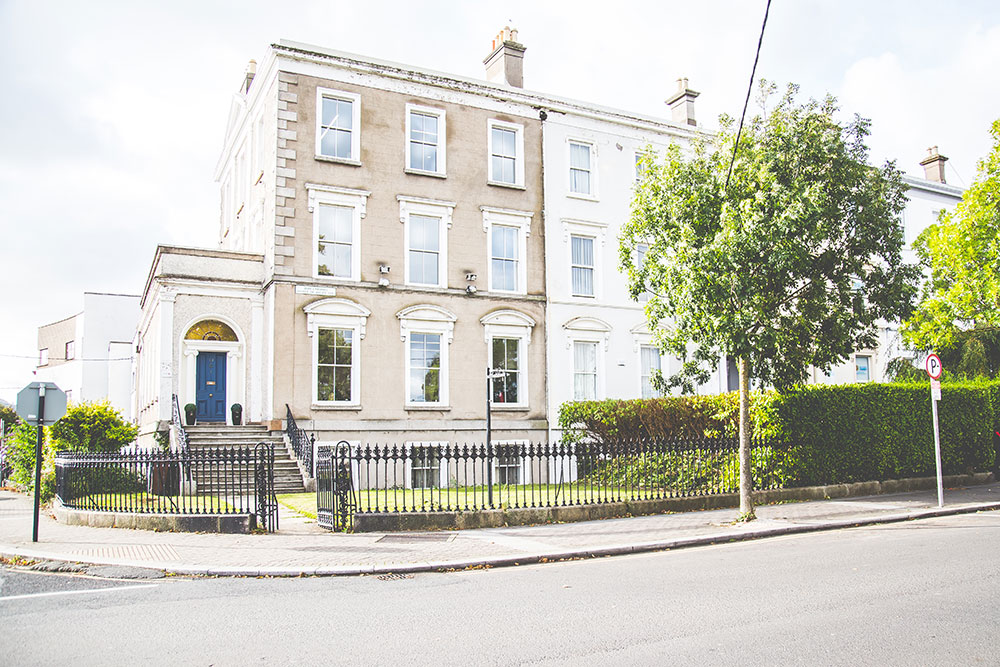 Zahra Media Group moved to 12, Prince Of Wales Terrace on the Quinsborough Road in Bray just under a year ago. And boy have we grown to love our new home. The building which is so much more than a typical office space is steeped in history. And its happy and positive vibe has certainly carried right through from the early 20s.

To celebrate all that we do and all that’s been done here at 12, Prince Of Wales Terrace, we decided to create a series of blog posts that will take you on a room-by-room, whistle-stop tour of the building to tell its story. 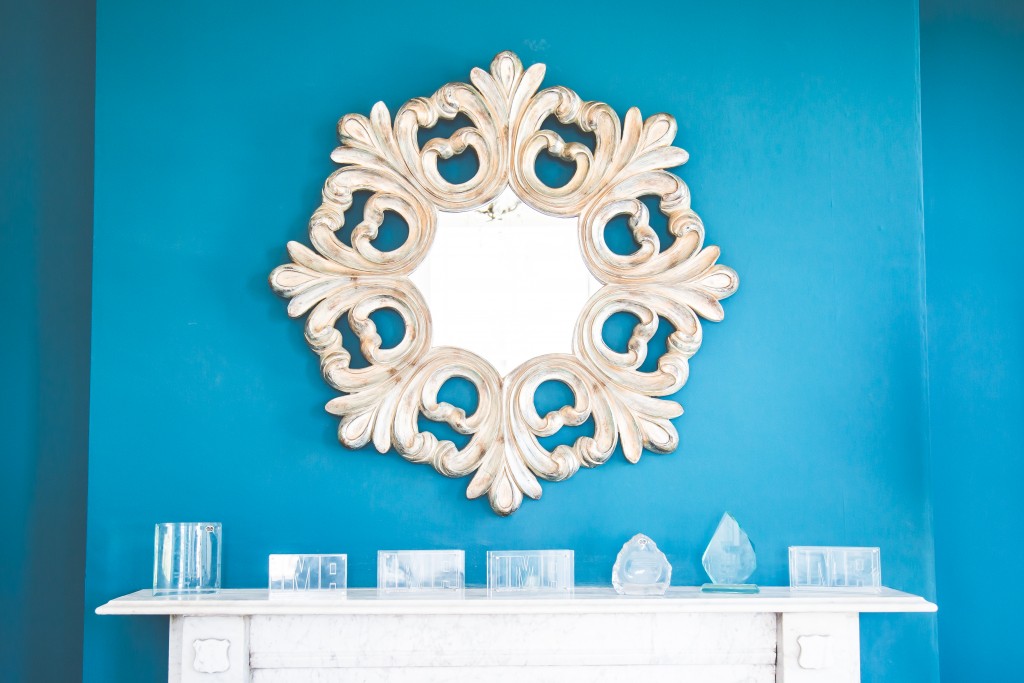 Back in the 19th century, the building was owned by the Ancient Order Of Hibernia, an association tasked an important job; protecting the Catholic community’s ethos and counteracting the overreach of the Protestant Church.

And our boardroom, which is located on the first floor of the building, was home to a family of nine. Both the parents and the children (six girls and one boy), slept in the room. It’s a big room with a high ceiling, a great marble fireplace (the original is still there today) and a balcony that looks out over Bray’s beautiful coastline. Back then, the balcony had been deemed unsafe, but the family used it nonetheless. The girls even sat on the large window sills which overlooked the hospital for wounded troops across the road, to catch a few rays (and maybe a few waves too).

So that’s a little different to what we use the room for today. Here’s a little taste of the boardroom’s functionalities two centuries later… 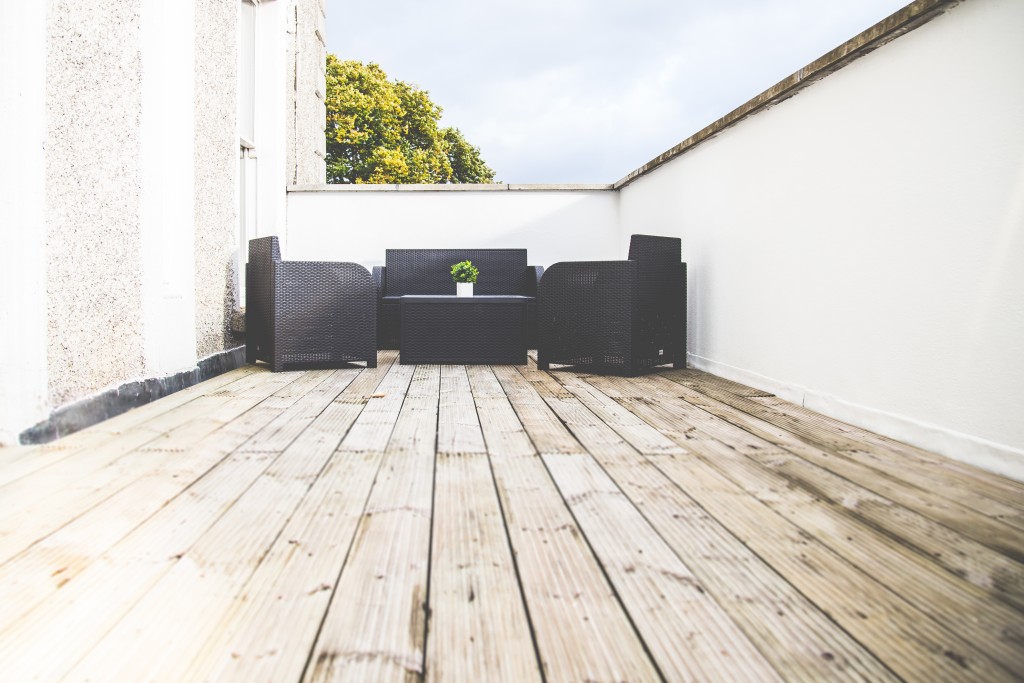 The balcony, as it looks today.

Our in-house film crew shoot a mix of client and Easy Food videos in the boardroom each week. The crew transform the boardroom into their fully operational film-studio by bringing in lights, camera equipment, the tripod and boards made of different materials to create different looks and feels for each of the videos. The test kitchen comes apart really easily and is fully mobile, so we can pack it away if needs be, or even transport it to another location for an event.

We’ve teamed up with Frontier Foods, John West and Philadelphia in the recipe lab. And the recent Philadelphia advert with Lily Higgins was filmed right here. The team can film up to four recipe videos a day. So that means lots and lots of cheesecakes and other yummy treats, that make for very happy coworkers.

This delicious Philadelphia Chocolate Chip cheecake is so easy to make 😍🍪🍰Visit https://t.co/ftgLEvrr7A for this & more gorgeous recipes #Ad pic.twitter.com/d5Fe4NYBge

Our resident food stylists also use the boardroom to shoot images for our in-house magazines; Easy Food and Easy Gluten-Free and also for shots for client work. We have a smaller photo studio too but

“Nothing beats the boardroom for space and great light.”

…says lead food stylist Charisse Van Kan. The team always take clients to the boardroom when they’re in for shoots as it’s so spacious. And they also tend to love the old features and details in the decor. 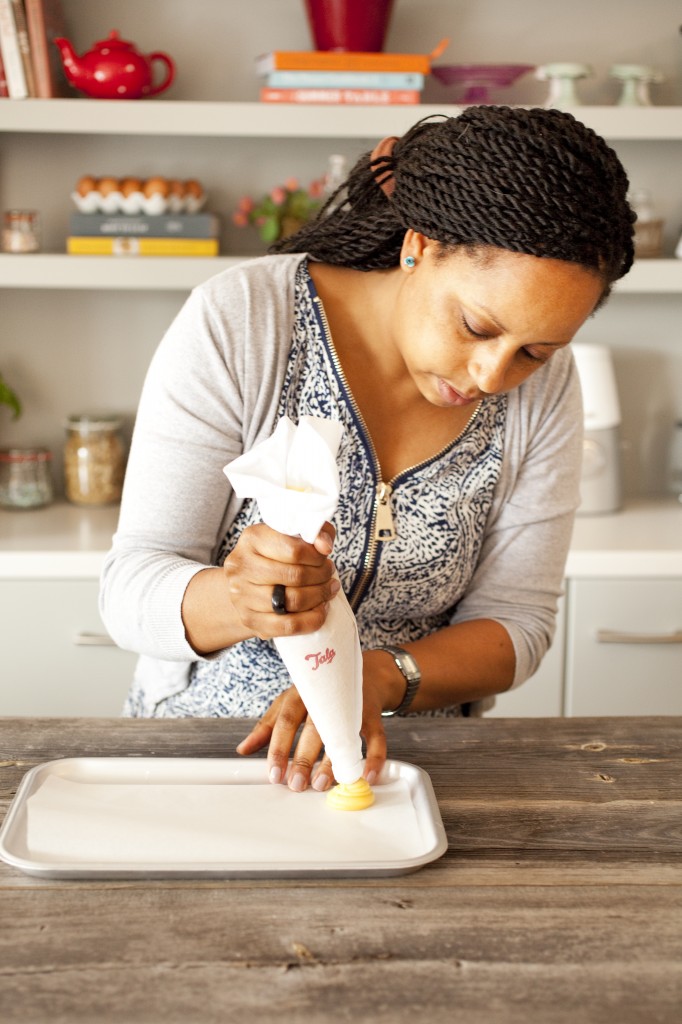 And it’s the ideal workshop space

The boardroom regularly plays host to our custom content workshops too. We bring our clients in and spend the day getting to know who they are and what they’re about, which puts us in a better position to create their strategy and content afterwards.

Add some wall charts, a flip board, lots and lots of post-its, some great food and the right people, et voila! 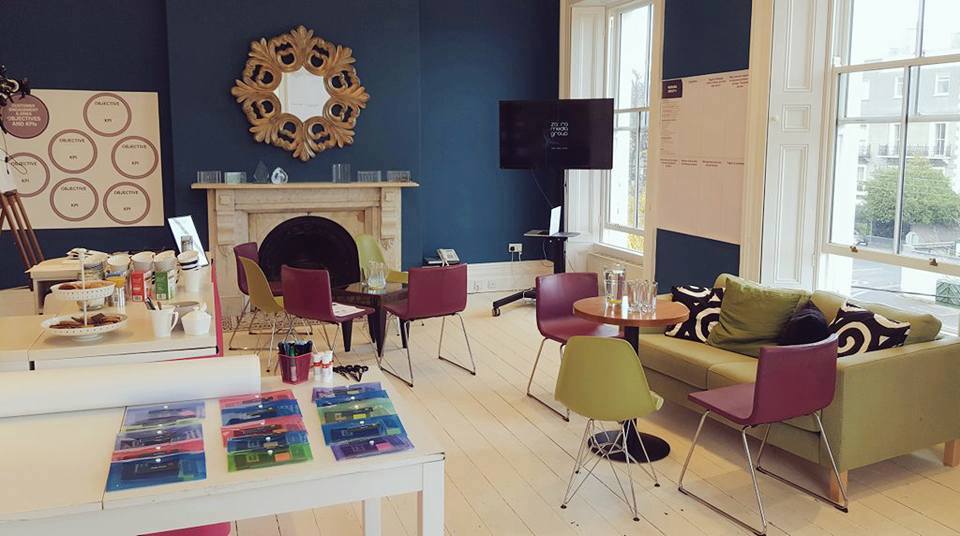 Well, more like a cosy sitting-room set! We created Celebrity Light Bites, a goggle-box style, behind-the-scenes video series for our client DID Electrical. And the boardroom once again impressed as the film set. 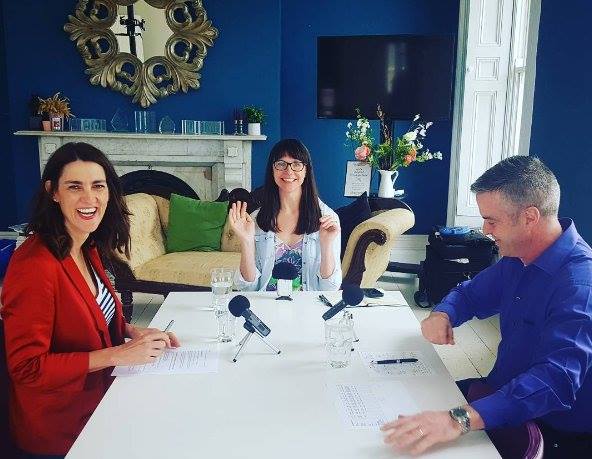 And is our go-to Friday drinks and chip Friday location! 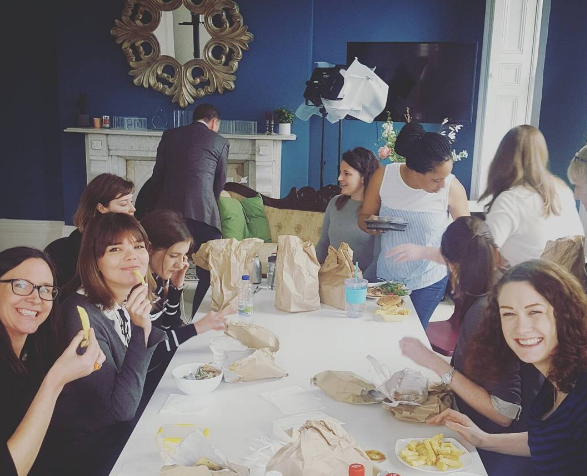 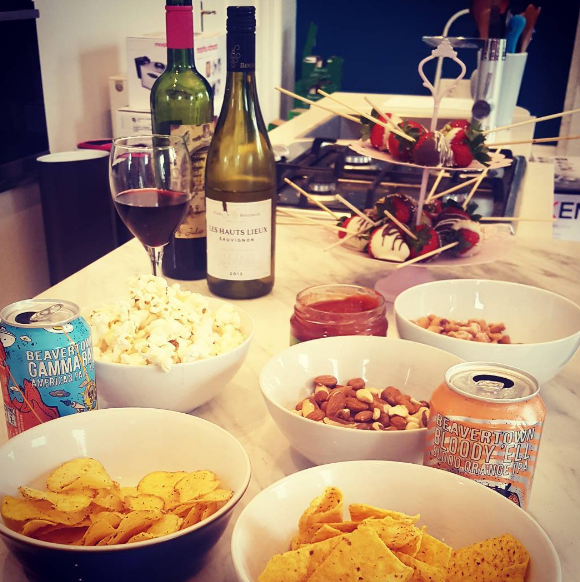 This post is the first in our This Old Building: A Tour series, so keep an eye over the coming weeks for more.

Next stop: The Design Studio.