Reading and writing will set you free: Helping Zambia to RIZE 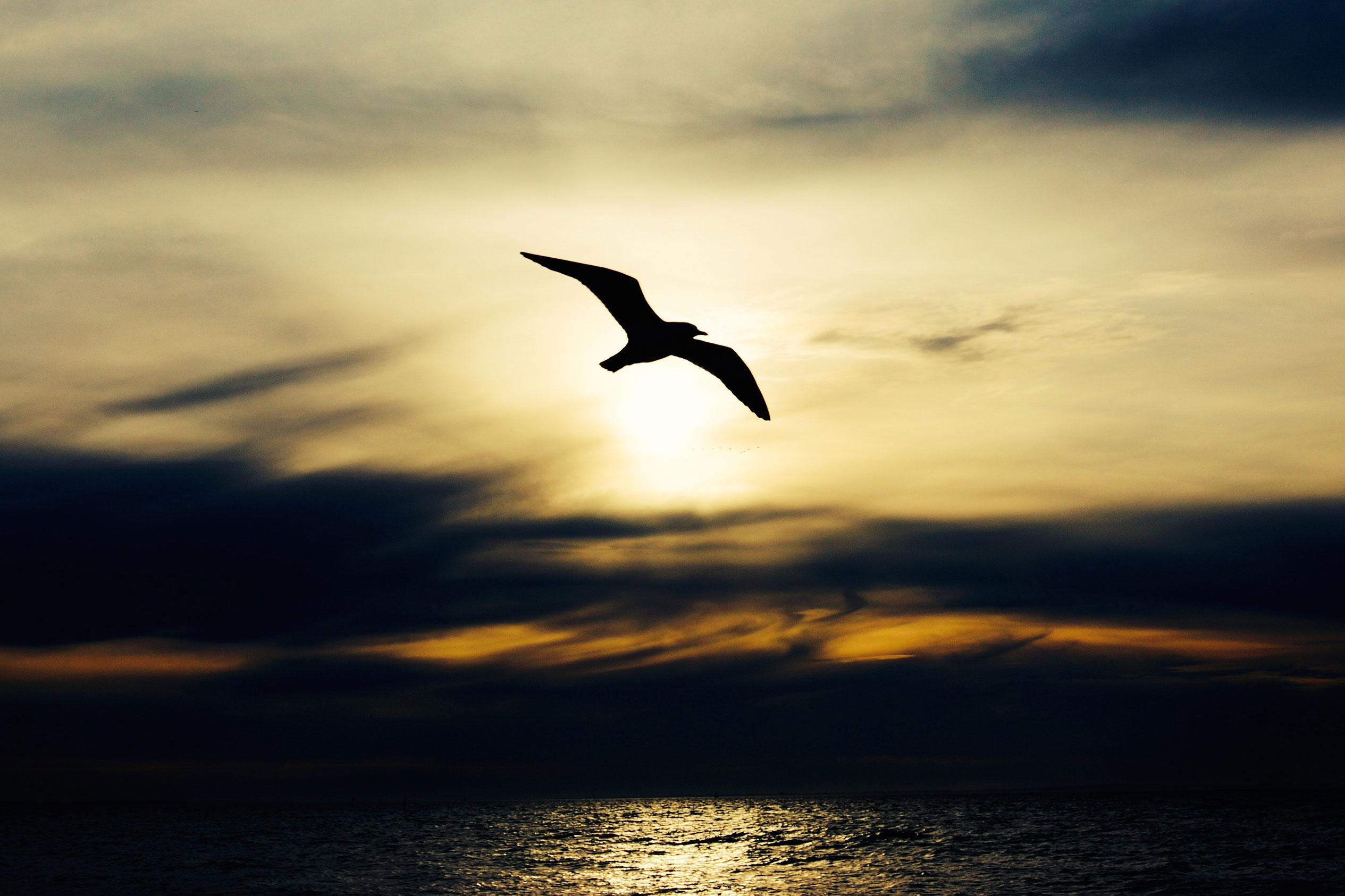 Our MD Gina Miltiadou discusses RIZE, a literacy and training centre in Zambia, where she recently visited and had the chance to meet the founder, Neboth Chalwe. 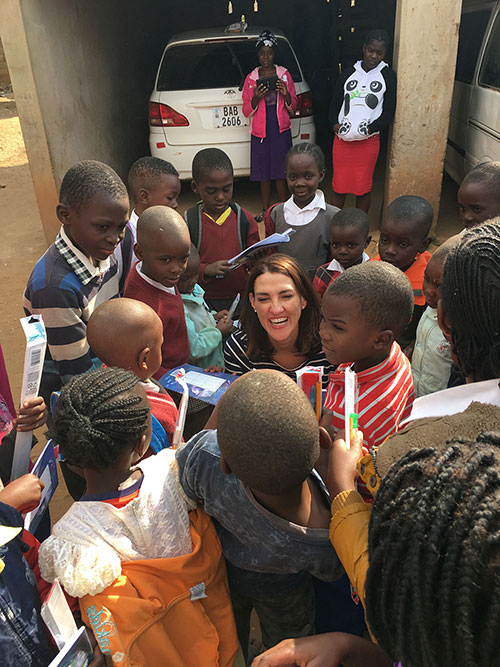 Neboth Chalwe is one of the most selfless and accomplished people that I have ever had the privilege of meeting.

As a boy he walked for miles to get to school where he was mocked relentlessly by his class mates, because he couldn’t read. He felt disheartened and stupid and so developed a clever defence mechanism which was to learn the stories he heard his class mates reading, by rote. He would know what to recite by looking at the pictures on each page. And so he managed to hide the fact that he couldn’t read, but lived under a cloud of anxiety that he would be found out and that his peers would bully him.

His older brother came home while Neboth was on school holidays and one afternoon decided to test his reading. He pointed at random, easy words in a book and Neboth had no idea what they were. His family then realised that even though he had completed three years of school, he had no idea how to read. His brother worked with him intensively during that school break, teaching him the shapes and sounds of letters and then helped him to piece it all together. By the time school was due to start, he was ready.

On the first day of term, the teacher wrote a number of words on the blackboard and asked the class if they knew what they were. Neboth nervously put up his hand and the whole class looked at him in disbelief. They put up their hands too, but the teacher told them to put their hands down and asked Neboth to read them out. He got the first word right…and the one after that…and after that. The class started clapping wildly for him and the teacher was astonished. It was in that moment that the young boy said to himself “reading and writing will set me free.” Over the next few years he perfected his reading and writing and started dreaming about one day opening a literacy school that would help young Zambians to set themselves free.

In the meantime he changed schools and one day they were the recipients of a ‘shoe box appeal’ from the U.S. Each child received a shoe box containing toiletries and a few other bits and Neboth’s box included a note from the little girl who had packed his – from all the way across the world. He treasured that letter for years, keeping it safe.

Many years later he decided to write to the girl (as she had included her address on the note) and he told her of his dream to open a literacy school. He included his email address. The postal service throughout Africa is notoriously bad and so it was only a year later that he finally heard back from her. They remained pen pals for years and she would eventually go on to become the first board member and trustee of the RIZE Literacy Training Centre, founded by Neboth. 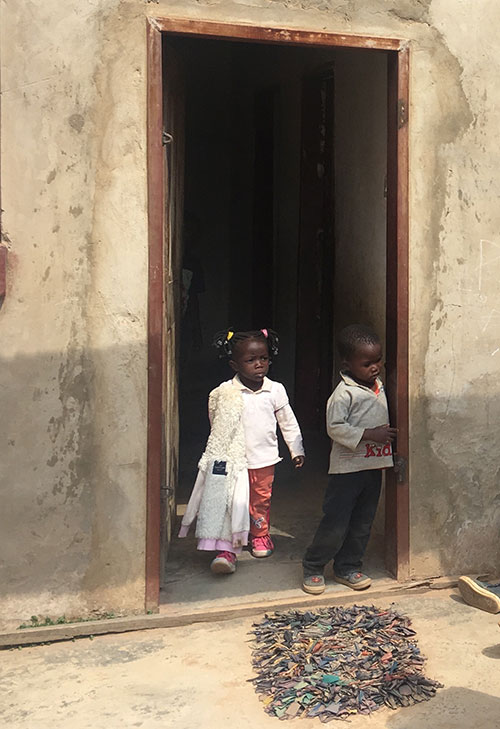 The School was officially registered in 2013, and the following year Neboth met Dr. Diana, who is one of the board members for RIZE. It was May 2014, and RIZE had at the time 10 adult learners who had enrolled for literacy training. Neboth did not have any material for teaching however, and upon searching for some on the internet, he came across Dr. Diana’s website which offered suitable resources. Neboth emailed Dr. Diana to ask permission to use her literacy material, and she responded that same day with questions about RIZE and a passion to help.

Dr. Diana introduced Neboth to a friend of hers, Dr. Debbie who is adapt in pre-school teaching methods and so helps Neboth in this respect. Dr. Diana’s colleague also donated 5 tablets for RIZE, and her mother helped pay for the shipping costs of getting carpentry tools to RIZE, which will be used to teach trade skills to adults.

By the grace of God

Today, the school has 70 students aged 2-11 years, and 5 teachers including Neboth. By God’s grace alone, he scrapes money together each month to rent five dilapidated rooms on a property in the middle of a township called Mtendere. Each day, 70 children eagerly turn up to learn and get fed a nutritious meal that is cooked for them outside (as they have no kitchen) on a small gas burner. This becomes particularly challenging when it rains…which is often. 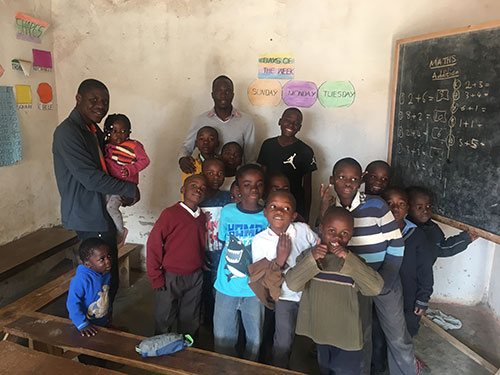 There is only one toilet for everyone to share, plus a row of four tiny potties neatly lined up against the wall for the toddlers. There is no running water on the property, so the school has to buy water in barrels from enterprising neighbours, who are able to afford a borehole. But despite these challenges the property is kept immaculately clean and there is a clear sense of pride about the place.

There is only one copy of a text book per subject that everyone has to share and they have no copy books to take notes in – only an occasional sheet of paper torn out of a precious pad of paper that they scribble tiny notes on. And with the only source of revenue being a trickle of school fees (the equivalent of €7 per month) from the students whose parents can afford it (only 40 out of 70 regularly pay), Neboth faces a daily challenge of keeping the project going.

Basically these kids have very little, but what they do have is priceless. It’s a burning passion for education, a common shared purpose and a strong belief system.

They start and end each school day by singing the Lord’s prayer and it is so touching to see their little heads bowed in unprompted prayer before they start eating their meal. On the day we visited, the kids were served a large plate of Nshima (a local maize meal), beans and boiled eggs. Four portions of each were served on a variety of ‘plates’ including a large pot lid, which the oldest child in groups of four would carefully take over to a desk. There they would first pray and then tuck in with their hands (as is their tradition) – the bigger children making sure the little ones got their share. 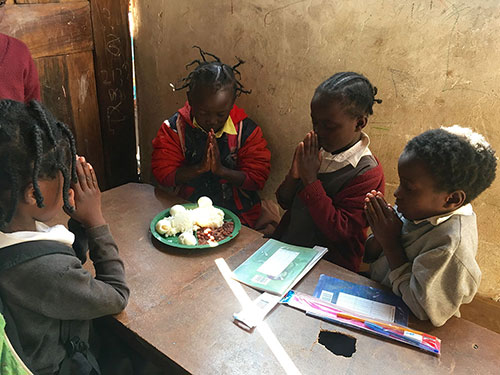 A great example of their passion for education was when after spending about an hour in Neboth’s makeshift principal’s office, learning more about the workings of the project, there was a little knock on the door. When opened, a tiny child on the other side said that she was waiting to learn maths and could we please hurry up. Fair enough!

We are delighted to report that our charity will be working with Neboth and the RIZE Literacy Centre going forward. First point of business will be supplying proper desks and chairs for students. We have also committed to paying the rent, the teachers’ salaries and financing the food for the feeding scheme on an ongoing basis. 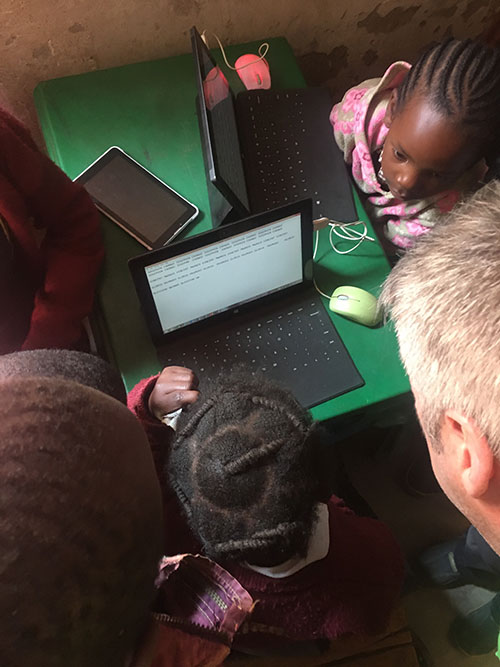 We look forward to working with Neboth to provide an education and affect the outcome for these underprivileged children and their families, so that in his own words “they may be set free”.

Neboth’s vision for RIZE is to have a large boarding secondary school in Lusaka acting as Headquarters, and inlcuding RIZE offices. Also, Neboth hopes to have some RIZE smaller branches of primary schools in disadvantaged communities, inlcuding rural areas in all provinces of Zambia. This way, children will have the opportunity to take grade 7 national exams and can then qualify for progression to the RIZE secondary school.

For adults, Neboth’s vision is that once they learn to read and write well at RIZE, they can continue on to learn computer skills. Folllowing this, they could qualify in a trade such as tailoring, food catering, carpentry, bricklaying, car repair or agriculture, depending on their areas of interest, all with the support and guide of RIZE. 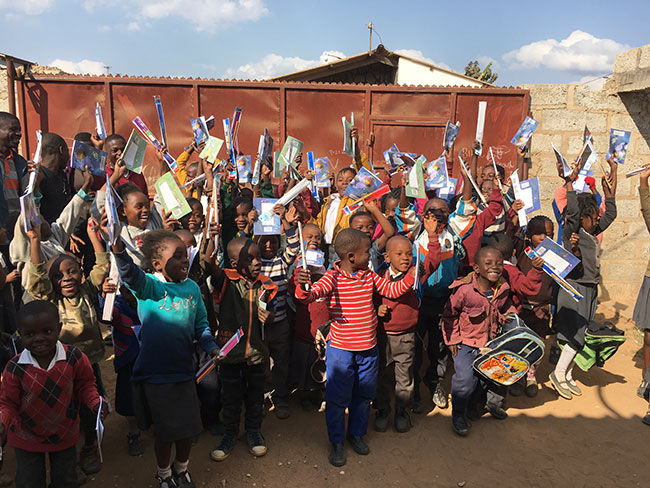 If you’d like to know more about our foundation and the work that we do, please feel free to contact us at hello@zahramediagroup.com